Iranian documentary producer, editor and film maker, Benyamin Farnam, was forced to leave Iran because of his political views and work. He icame to Oslo in 2018, where he continues his work.

Benyamin Farnam has featured several social and political documentaries, music videos and other media productions. As a filmmaker and editor, he has contributed to a significant number of cinematic films, and has produced movies in defense of the Iranian Queer community as well as the Baha'i community. Farnam has contributed to the design and production of film posters for human rights conferences and campaigns. He has also written articles in the field of Queer and is working with human rights organizations.

Farnam was persecuted in his native Iran for his particular political and social views, and was forced to leave his country. He went to Turkey and was subsequently accepted into the ICORN programme as a filmmaker, and came to Oslo, Norway in January 2018. 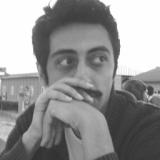