Born in 1953 in Istanbul,  Erol Özkoray is a bilingual (French and Turkish) political writer  who is known to have accurate predictions. In his pursuit for the democratization and EU membership of Turkey, his opposing views against the Islamist government and the role of the military in politics caused him to be persecuted with total 18 suits since the year 2000. This is a record number of law suits against an intellectual in Turkey.

Erol Özkoray studied at the francophone Galatasaray High School in Istanbul, followed by Political Science and sociology education in Paris. He became the Paris correspondent of Turkey's largest newspaper Hurriyet. He was awarded the best interview by the Contemporary Journalism Association in 1983. He worked as the correspondent of Agence France Presse in Istanbul and Ankara, also as the Turkey correspondent of Spanish newspaper El Pais. He published a democracy and political culture magazine Idea Politika between 1998-2002.

In his intellectual battle with the Turkish Military about the democratization and EU membership prospect of Turkey in 2000, Özkoray faced 16 court cases demanding total 50 years of prison. His magazine has been closed down once, collected twice. He was acquitted from all these lawsuits where the Chief of General staff was the litigant.

The website of the Idea Politika Magazine was the first digital news site that was closed down based on the press laws with the order of the Chief of Staff  İlker Başbuğ.  The communications agency he founded in 1990 had to be closed down in 2004 with the pressure of the government.  After his witness role against the Chief of Staff Hüseyin Kıvrıkoğlu in a lawsuit in Paris that Turkish Military opened against Reporters Sans Frontiers, Özkoray faced a lynching campaign by the largest media group in Turkey (Dogan media group that also published Hurriyet). Ironically, he had to battle with the press while defending the freedom of expression.

Between 2005-2006,  Erol Özkoray was a columnist in the Kurdish newspaper Özgür Gündem. He also wrote articles in Liberation, Politique Internationale and Les Echos and founded Idea Politika publishing house in  2012. He was awarded with the Medal of Courage by the French Council of Coordination of Armenian Organizations under the auspices of the Mayor of Paris, Bertrand Delanoe for his work towards the recognition of Armenian Genocide by the Turkish Government. At present, he is one of the the writers of  Nouvelles d’Arménie Magazine published in France. In Turkey, he received the Award of Freedom of Thought and Expression by the Association of Human Rights in 2014.

What is the army for? Kafkaesque Lawsuit (2007, Belge Publishing) 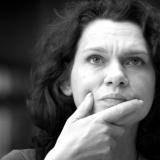 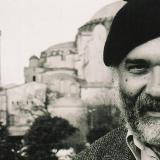