Hafizullah Shahirati’s books and long-standing work for Hazara rights and culture has caused him serious threats and persecution from different groups in Afghanistan. The Afghan writer, academic and activist arrived in Levanger spring 2019 and continues his struggle for a tolerant and democratic society in his home country.

Hafizullah Shariati’s books and activism for Hazara rights in Afghanistan led to severe threats and persecution. His 33 books and many articles embrace the Hazara people and their oral culture in fiction, short stories, and poetry in Dari language. Among his latest books are Contemporary History of Jaghori (2015), Killing Hazaras (2016) and Sunni Hazara People in Afghanistan (2018).

Shariati has worked as a professor at Ebn Sina, Goharshad, Kateb and the Ghorjestan University i Kabul, and contributes as expert for Radio Dari and Radio Farhang. He has won a number of awards, including the Afghan Literature House Award in 2012.

After spending ten years in Pakistan following high school, Shariati moved to Iran and gained an MA in Mass Media, and a PhD in Literature and Linguistics at the Allameh University in Tehran. His PhD, focussing on Dari literature, became the first serious study of the Hazara dialect in Afghanistan.

Shariati returned to Afghanistan in 2010 and became a founding member of the Gharjistan Institute for Higher Education, a private university established in the Farah region in west Afghanistan. The Institute provides degrees and training in topics ranging from research methodology, journalism and creative writing.

Shariati is interested in the Scandinavian folklore and the Sami people, and he has started his lessions in Norwegian language. He intends to resume his writings on the Middle East and Afghanistan as well as continue to work as a journalist and struggle for a democratic and tolerant society in his home country. Shariati hopes to be able to give lectures on these topics, to be active locally, and with time offer translations from Persian/Dari to Norwegian, and vice versa.

Some of Shariati’s poetry is translated into English and can be read at the Kabul Press website. 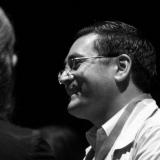 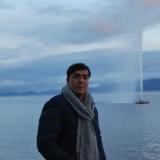 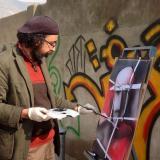 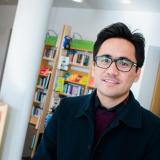 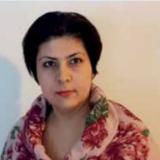